A place to discuss subjects related to those who prefer to take those longer shots. Sponsored by European Long Range Hunting and EuroOptic

Thought I would start my own terminal performance thread. I have long been a bit of a terminal performance geek. Its one of the great fascinations of hunting and shooting to see how bullets perform on game under various circumstances. I will post as I get time, describing the game, distance, etc, as well as posting the result.

This first post is from a cape buffalo hunt in 1998. I carried my 450 Ackley loaded with a 500gn Woodleigh soft on top of the mag, and 500gn Woodleigh FMJs underneath. The first shot was a side-on shoulder shot on an undisturbed animal, that I later found had taken out the heart. Shot distance was approx 60 yards. At the shot, the animals turned an ran away. I followed up with 2 solids aimed at the root of the tail on the departing buff. Once the animal was on the ground, I put a finisher through the spine between the shoulder blades from behind. We recovered all bullets while recovering meat. Velocity at the muzzle was right on 2200fps.

I look forward to it , great idea. The more of these threads around the more we learn.
Gee those Woodleighs performed reliably.
Life is too short to hunt with an ugly dog.
Hunt with a German Shorthaired Pointer.
Top

I love to see real world results. I shot a jackrabbit with that same Woodleigh bullet, it killed him dead but no bullet was recovered

Thanks for the feedback guys. Although I think I would want a 577 Nitro backing me up for rabbit hunting. I would feel under gunned with just a .450.

These photos are from a hunt in the Namibian Kalahari in 2007. I shot a lot of springbok and gemsbok on that trip. Countryside is predominantly open sand hills with low scrubby bush, so shots tend to be long. Virtually all the springbok were 200-25 50 yards, and the gemsbok were 300 to 350 yards. I used a 308 Baer shooting 180gn Accubonds at 3000fps for everything on that trip. Everything I shot was a one shot kill, and pretty much all DRT. I was very happy with the performance of the Accubond on that trip. I only recovered the 3 projectiles shown and they were all found in gemsbok during meet processing. 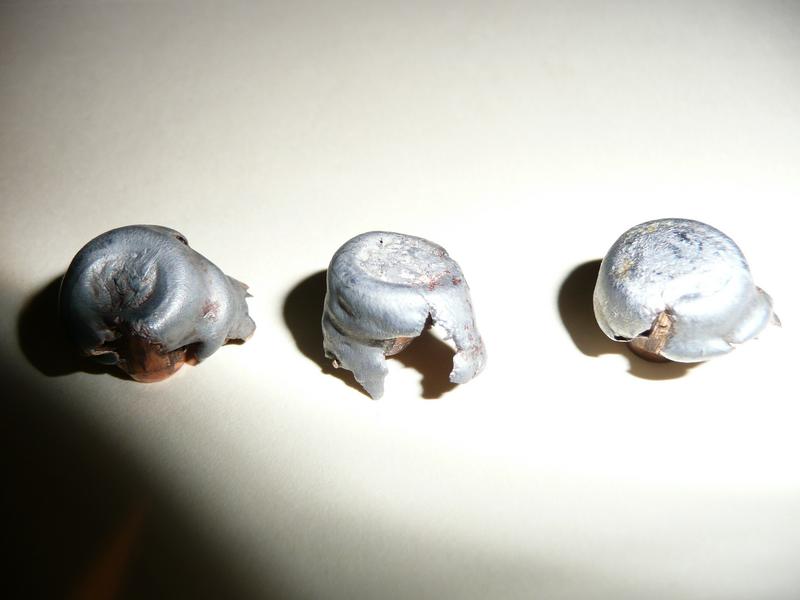 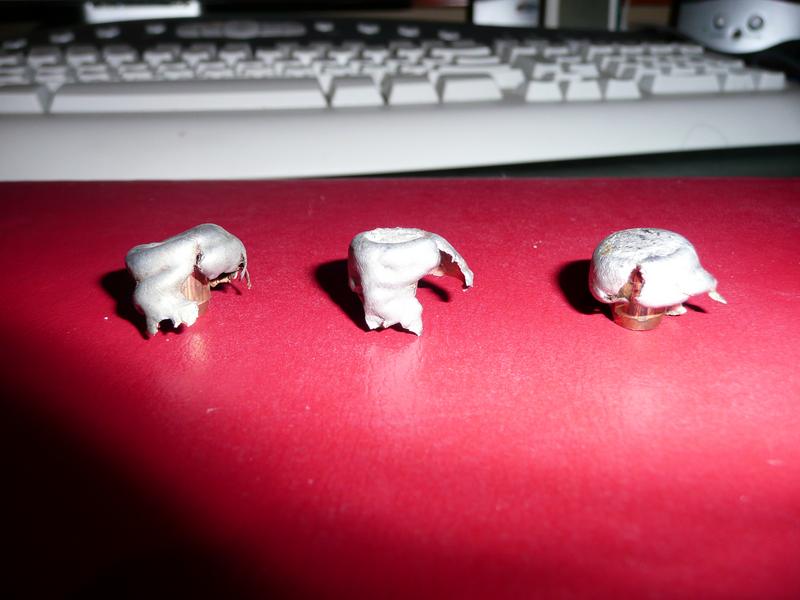 These photos are from a 1995 NT buffalo hunting trip. I used a 375H&H for donkey, pig & buffalo. I also took a dingo as a target of opportunity. The recovered bullets below were all from buffalo. No other animals stopped the bullets. Ammo was loaded with 300gn Nosler Partitions. Velocity was 2510 FPS at the muzzle. Shot distance was 60-70 yards for pretty much all shots. I shot 2 buff on this trip. The left three bullets were from one animal, and the right 2 bullets were from the other animal.

These photos are the same 180gn Woodleigh bullet (just different sides) from a 3006. It was recovered from the off side back-strap of a sambar stag (not shot by me), after going through the on side of the spine. distance was 150 yards 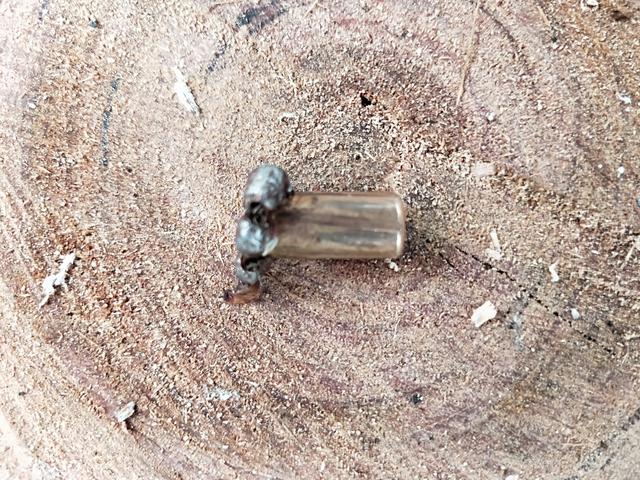 I hunt, I shoot, I camp, I fish. They are the great reset buttons in my life.
Top

Yeah, I have only ever had great results with Woodleigh weldcore bullets on game. Have used .458, .366, .308 myself and they have all shot and performed great.
Top
Post Reply
9 posts • Page 1 of 1